Lets get Bizzy in the Kitchen!
Chicken & Turkey

More blue skies and warmer temps are coming our way  – woop!  Right now at 9:00 a.m. on Saturday morning it’s already 52 degrees with a high of 65 with no rain in the forecast until Monday.

Since I was putting so much stuff together for my grilled lunch at work, I was happy to have once slice left of my potato crusted quiche left for breakfast.

I need to talk about that slice of bread in the background.  Um, its cinnamon bread with raisins, walnuts and coarse sugar on the outside.  Yes, I have deemed this insulin worthy!  Luckily, our store sells this bread in smaller amounts – so I bought a bag of 4 slices for $1.25.  Otherwise, Tony and I could probably eat a loaf of this for breakfast all by itself!

So it was my first grill of the season at my work!  For new readers, I work in an office that has a full size kitchen (sans a stove), but we have an outdoor patio that has a gas grill.  I normally grill out something every Friday and we eat together.

I ended up making a chipotle marinade that turned out really good.  I will call this “company” marinade because it was really flavorful, but I could have used more chipotles!

I used my small mini chopper and put the oil, garlic, cumin, cilantro and chipotle chiles and pureed the mixture.  Because my chicken breasts were pretty big, I decided to cut each in half so that they would cook faster and evenly on the grill.  Put the chicken in a ziptop bag, pour the marinade over the chicken and marinate for 4 hours or up to 24 hours.  Mine marinated overnight.

I was pretty much all set when I talked to Tony right before I was going to set up the lunch.  He said “do you think you’ll have enough propane?”  Um, I never thought of that!  We pretty much only used it once a week over the summer, and I think the office next door used it only once, so I thought I should be fine.

Luckily, I was!  But what I wasn’t expecting was for there to be a nest in the grill!  I thought at first it was a birds nest, but it had a thick cover over the grill, so Tony thought maybe a squirrel nest?  All I know it was completely dry and it took me about five minutes to get it out of the grease tray.  Could you imagine if I lit the grill not knowing it was there?!

I had everything pretty much prepped at home.  While the grill got to temperature I set out all the other fixings – shredded lettuce, chopped green onion (I know, how nice am I?!), grilled peppers, mild and spicy salsa and a corn and black bean salad.

You are probably wondering what’s in the crock pot?  I decided to heat a can of chicken broth on high for an hour, so that when the chicken got off the grill, it would stay hot.  It worked out really well!

The two staples near each and every plate of food I eat?  My insulin pen and a bottle of Tabasco (or other hot sauce).  It just happened to be a Tabasco day!

Later in the afternoon Tony checked in to see how the bbq went.  I asked him what he wanted for dinner and I think his exact words were:  “Oh shit!”  Meaning that we would be having Party Pizza Friday!

I knew I still had a couple Nathan’s hot dogs in the fridge, so I proposed hot dogs and he was more than ready to say yes to that!  First and foremost, it being Friday night I had my customary bottle of Fat Tire.  Tony bought me a six pack last week, so I still have four left.  Can I tell you how much I am enjoying my new camera lens?  I still have so much more to learn, but it’s been fun so far.

So I made the simplest dinner of my whole week last night.  I had a can of no bean Hormel chili in my pantry.  While Tony had more of a Chicago hot dog (although I didn’t have any chopped tomatoes), I had a Nathan’s all beef chili dog with Chicago Johnny’s hot giardiniera.  With Lay’s kettle cooked chips on the side, which Tony has deemed are the best potato chips in the world, while I will disagree and say that Charles Chips are my favorite!  Have you ever heard of Charles Chips?  We used to buy them when we visited family in Virginia growing up and would always bring home a tin of them and they would sit on top of our refrigerator.

I have a bit more clean up after the second round of water in my basement, maybe only an hours worth.  I also have to tackle my desk in the basement – I am not sure if I am ready to take a picture and show you what it looks like, but it somehow becomes a catch all when I can’t figure out where something needs to go.  I am quite positive that I can throw probably 75% of the shit out, but its just a matter of taking the time.  I plan to tackle it in 30 minute increments until I am done.

I actually got the idea from my new blog friend (don’t know her real name yet!) but her blog is “Losing the Rolls.”  I think it’s cute because her gravatar is dinner rolls!  She’s a bit overwhelmed because she has a lot of weight to lose, but I suggested she just tackle one thing at a time, and take small steps.  If you have a chance, could you stop by her blog and give her some virtual hugs?

A couple of dishes that caught my eye and might make my menu this week (especially since Tony bought me a 10 pound bag of chicken breasts!)

Nicole’s Jamaican Jerk Chicken with mango salsa.  Don’t worry Tony, I am going to be making this for me and your sister for a lunch this week.  How good does this look?

Ally’s Chicken Bombs – chicken breasts stuffed with cream cheese and jalapeno and then painted with bbq sauce and grilled.  I think my SIL would love this too!

So outdoor chores are the plan for today and I couldn’t be more excited – my back patio is full of wet leaves and we have a cigar tree that drops large pods, for lack of a better word, so I need to clean those up and throw them on the fire pit.

And reason 3,012 I love Tony?  He read on the blog yesterday that my radishes got frozen and I couldn’t make pickled radishes that I wanted to.  When I came home he said “I have something for you!”  I thought for sure he wanted sex, but there was a bag of radishes on the counter.  I puffy heart him!  Thank honey!

Anything interesting on your menu this week or any fun plans?   I am just happy its sunny!  Have a great weekend and I’ll see you on Monday. 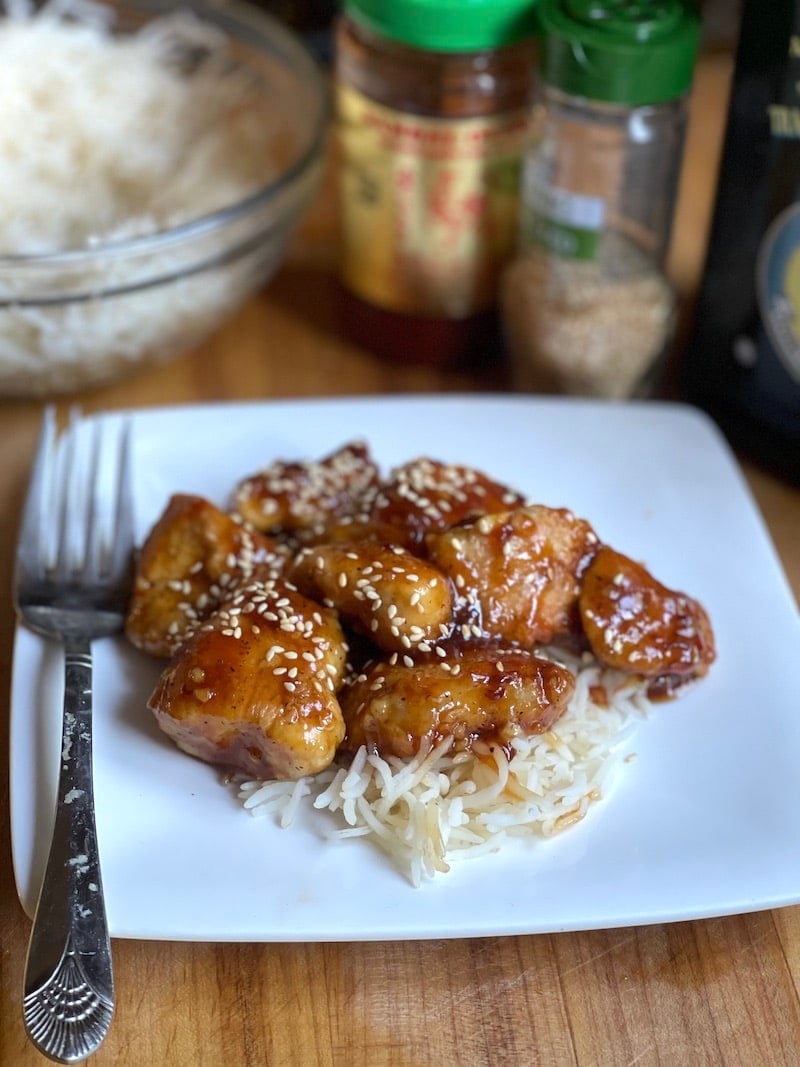