Lets get Bizzy in the Kitchen!
Breakfast 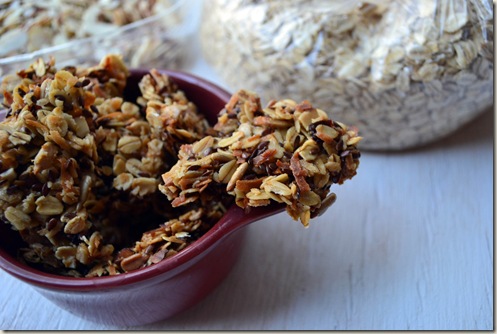 It was so nice having a three day weekend last weekend.  I feel just that extra day makes all the difference.  I’ve been trying to make granola clusters forever.  While Nicole’s granola is still delicious, it didn’t clump together as much as I wanted.  While I don’t mind “loose” granola for parfaits, sometimes I just like to snack on it, and it makes it difficult if it’s too crumbly.

Thanks again to Pinterest – I found inspiration in this recipe.   The word “cluster” grabbed my eye immediately.  I changed the recipe quite a bit from hers, but what I didn’t stray away from is the fact that I never stirred the granola while baking.  Almost all the granola recipes specify to stir every 10 minutes or so during baking – I inadvertently was breaking up the clusters I so desperately wanted!

Heat oven to 325.  Put the honey and brown sugar in a microwave safe dish (I used my glass measuring cup) and heat for 1 minute, or until the brown sugar dissolves into the honey.  Let cool slightly.

In a large bowl, put remaining ingredients in, pour the olive oil over the mixture, then add the honey/brown sugar mixture.  At this point, I just use my hands, you want to make sure every oat and nut is covered in the “glue.”

Bake for 30 minutes.  Do not stir.  Remove from the oven and cool completely.  I ended up with a sheet of granola, and then could break up the pieces any way I wanted to.  #winning!

I found this honey at Walmart – honey is so expensive!  This bottle cost me only $3.29.  While it has the same calories as regular honey, it’s about half the price!

I gave half the batch to my Mom to take home with her.  These are so good.  I need to make another batch soon.

After a long weekend of not really paying too much attention to what I was eating, I started the morning off with a Chobani banana smoothie – with 1 container of Chobani banana, 1/2 a frozen banana, 1 cup frozen mixed fruit, 1 tablespoon mixed nuts, 1 cup of spinach.  I was low on spinach, so it doesn’t look that pretty, but it tasted delicious!

I hadn’t worked out since last Wednesday!  WTF!  So it was time to get busy.  I was actually surprised how good my 5k run went – not a bad time either!  So close to under 37 minutes!

My boss is back from spring break.  She went to South Carolina and brought me back some mustard/vinegar bbq sauce – cannot wait to make pulled pork with this stuff.  Have you ever heard of Maurice’s?  She said its pretty famous.

She did tell me that she missed my food, which was nice!  Thinking that she likely indulged while on vacation, I ended up making us a lean roast beef and spinach low carb tortilla sandwich on the panini, with fresh veggies, fruit , pickled asparagus and hummus.  She ate every bite!

Our grocery store sells marinated flank steak in the butcher counter.  While Tony and I would love to try their other marinated meats, they are all chock full of onions.

It was only 38 degrees, but I grilled up the flank steak and made tacos – mine had two corn tortillas, 3 ounces of meat, 1/4 cup of refried beans between the two tacos, some sautéed red peppers and lots of hot sauce.

Best part?  I didn’t snack after dinner!  My stats for the day:

I have a plan for April, but I am not going to write about it.  It seems I set myself up for failure by declaring something, then if I mess up I just take two steps back.  I will tell you that I joined a group through FatSecret to track my food for the month.  It’s been too long since I’ve done that on a consistent basis.

Alright, off to make some Chobani banana granola pancakes for breakfast – my other boss is back from Spring Break too and I am on breakfast duty this morning.

Make it a great day! 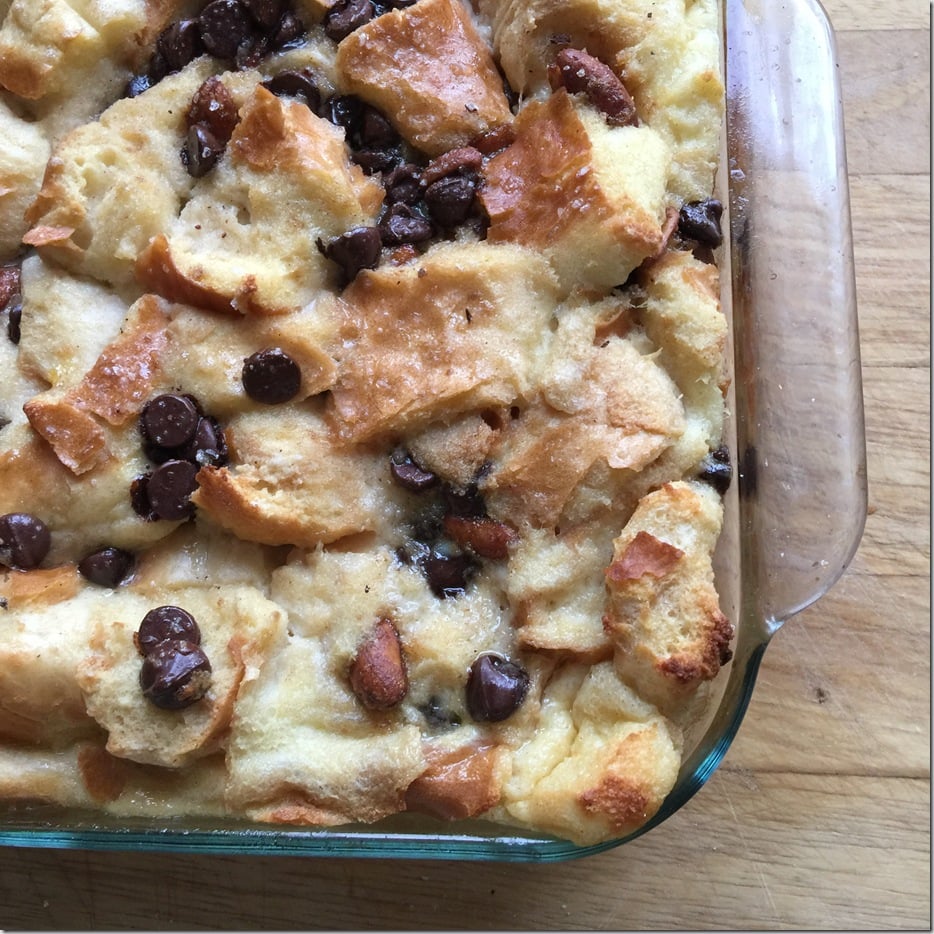 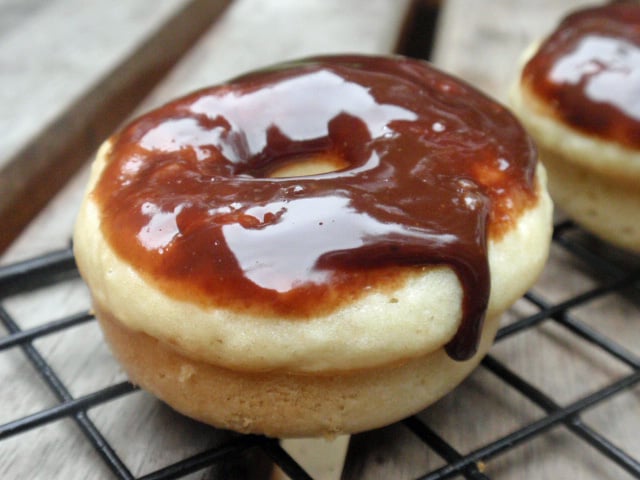 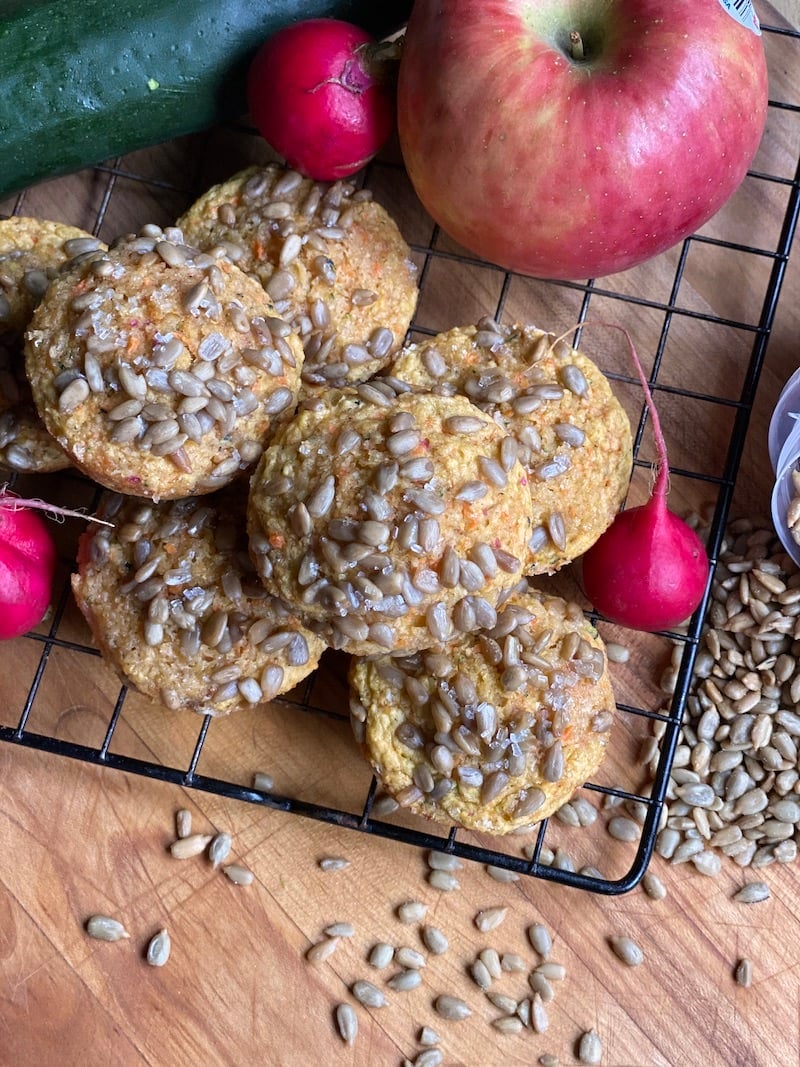