Lets get Bizzy in the Kitchen!
Dessert 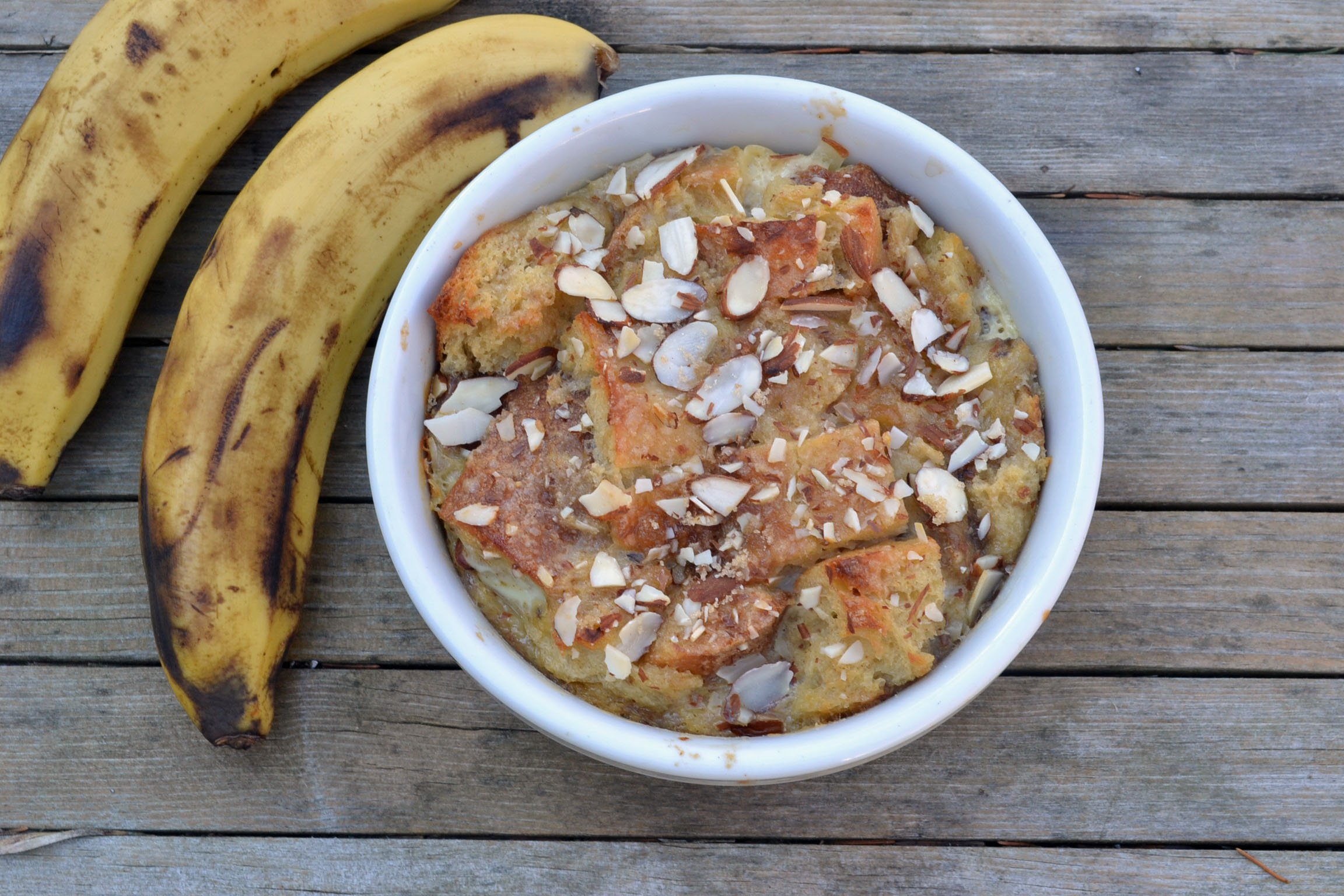 This will be the last of my breakfast parfaits for a while – it was my last Chobani!  But I think I saved the best for last.

The flavor was apple cinnamon, so I decided to carmelize a Fuji apple in 1 teaspoon of butter and 1 teaspoon of brown sugar for my fruit layer – Fuji apples are my favorite apple – they never are pithy, they are always sweet, and for the record, also make the most amazing apple pie.  I had to share with you this picture from our Thanksgiving 2009, if nothing but to show you Tony’s history of shenanigans. 😀

I had set my ready to be baked apple pie on the counter to remove a pecan pie.  As I took the pecan pie into the dining room to cool, I came back to find this: 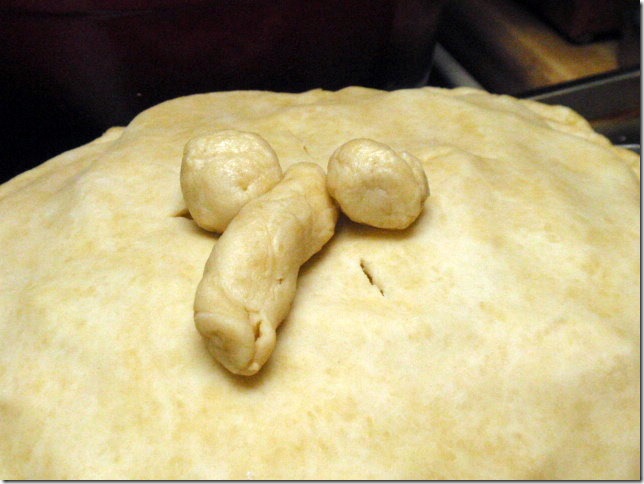 Um, my actual apple pie turned out like this:

And speaking of apple pie – do not eat this.  I threw the package away it was so disgusting.  Um, it’s not like chewing dessert! 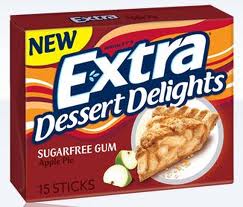 I had mini beef tacos for lunch:

This was a big old plate of food people – totally filling!

I had to share this bananas foster bread pudding I made over the weekend.  At least that’s what I am calling it.  I bought a loaf of crunchy bread that Tony likes – it comes in a paper bag, and at the check out, they put the “open” part of the bag and tie a grocery bag around it.  I brought it home, stuck it in my pantry – the next day the half that wasn’t in the grocery bag was rock hard. 🙁

I walked into the living room and asked Tony “do you think you would like banana bread pudding?”  He thought I was going to bake banana bread, and use that for the bread pudding.  But I had other ideas, because you know I had to visit my $1 rack!  And look at all these bananas.

In a non-stick skillet add the bananas and 1 tablespoon of brown sugar.  Over medium low heat, cook the bananas until the brown sugar melts and they get carmelized – about 10 minutes.  Let cool slightly.

In a large bowl, add milk, eggs, cinnamon, sugar, vanilla and mix until the eggs are combined.  Toss in the bread and carmelized bananas, and let the bread soak for 15 minutes – I put a plate on top to keep the bread submerged.  Heat oven to 350.  Bake for 40 minutes.  Cool at least 15 minutes before cutting into it. 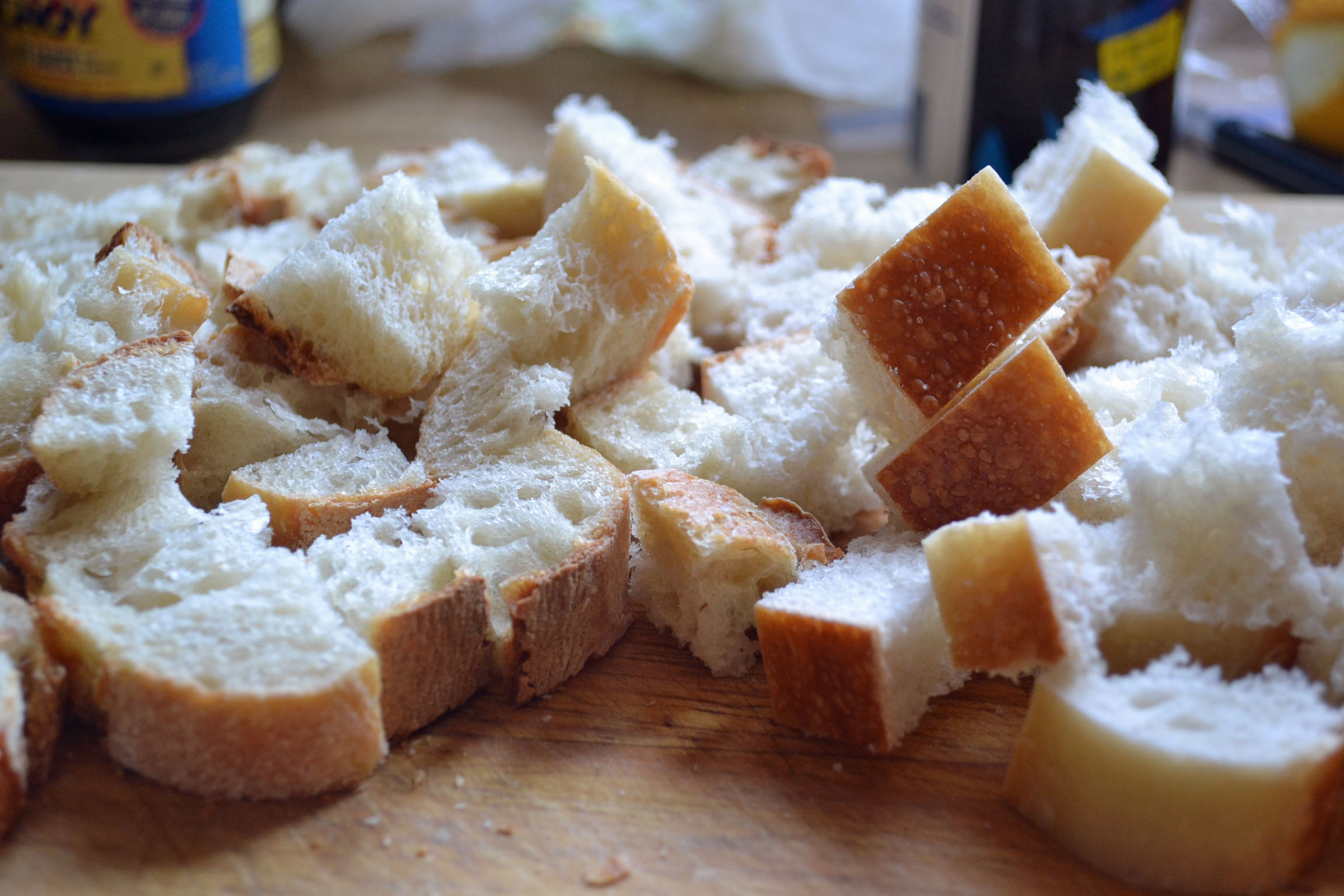 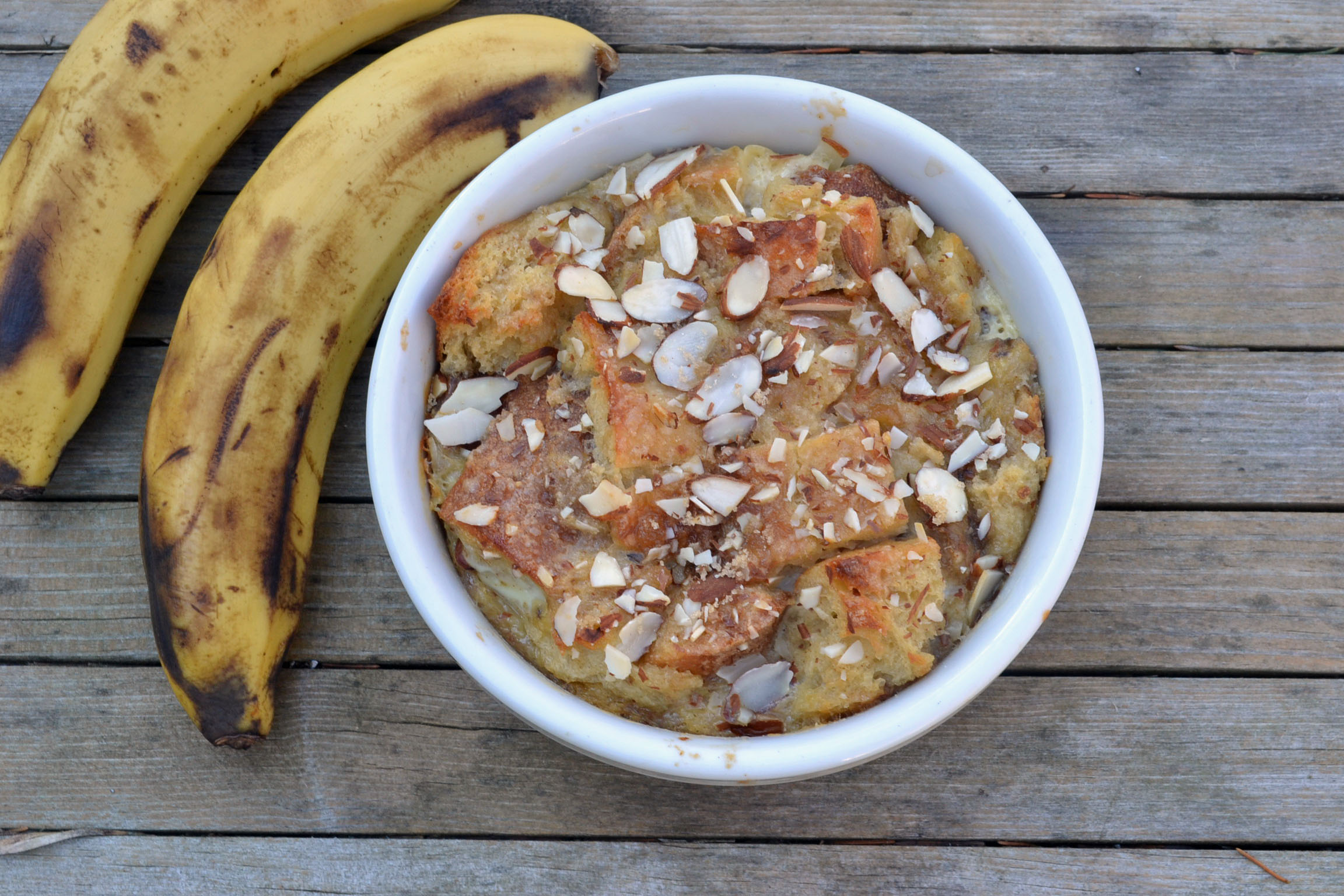 The verdict?  Tony said it was awful.  Awfully delicious!  This would be a nice splurge for a Sunday brunch too. 😀

For dinner I ended up making Nicole’s Chicken Marsala Pasta.  Her version comes in at 13 WW points, so I tweaked mine a bit – I used half the amount of evaporated milk, and used half and half, reduced the butter and oil by half – so my plate had a bed of baby spinach, 4 ounces cooked pasta, 3 ounces of chicken (sorry, I don’t like mushrooms – but Tony does!) and some mozzarella cheese – so my plate comes in at 9 points.  It was delicious Nicole!

Yesterday I got an email from the PR department of Applebees.  They have teamed up with WW to provide WW friendly dinners:

“Weight Watchers is excited to continue working with Applebee’s to provide these three new endorsed menu items,” said Dave Burwick, President, North America of Weight Watchers International. “These flavorful and satisfying items are a great way for Weight Watchers members, or anyone seeking better for you options, to easily make healthier decisions while dining out.” 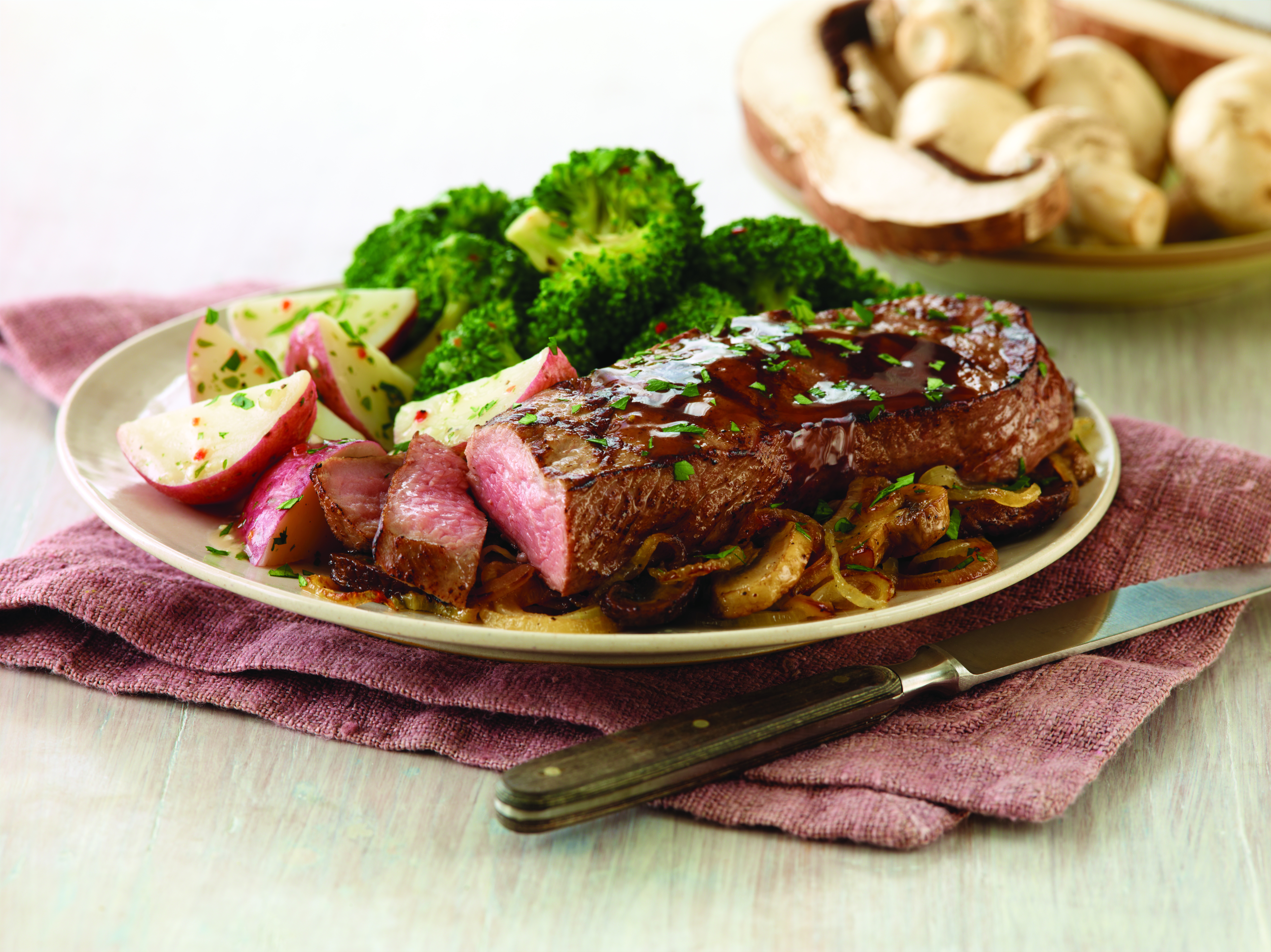 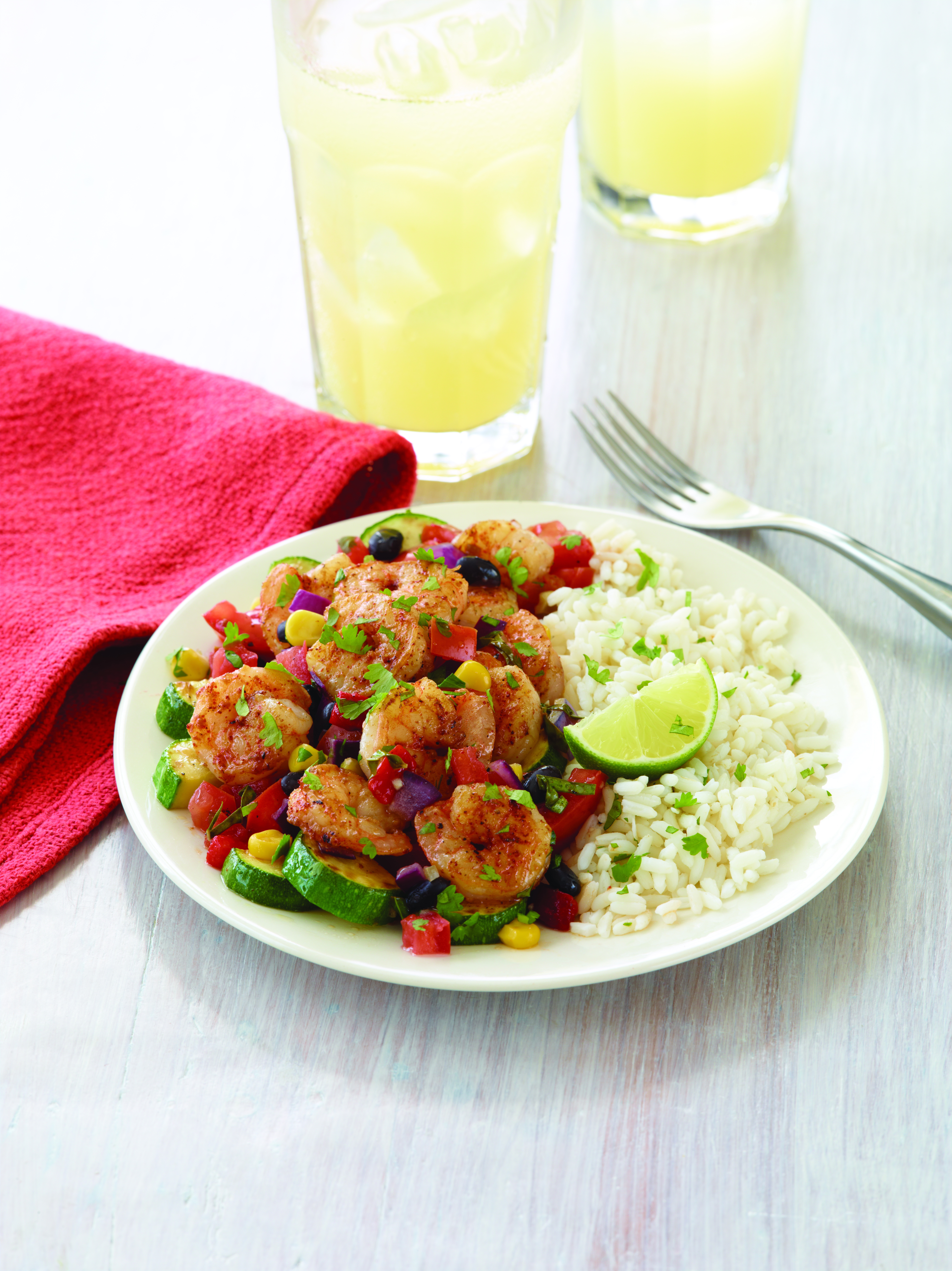 Don’t those look amazing?  Sadly, the nearest Applebee’s to us closed down.  I’ll have to see if there is one near my work – you know I’d be all over the spicy shrimp!  When is the last time you’ve been to Applebees?

I am having lunch today with Hannah and two of her friends she’s known since 4th grade – should be fun!  Make it a great day! 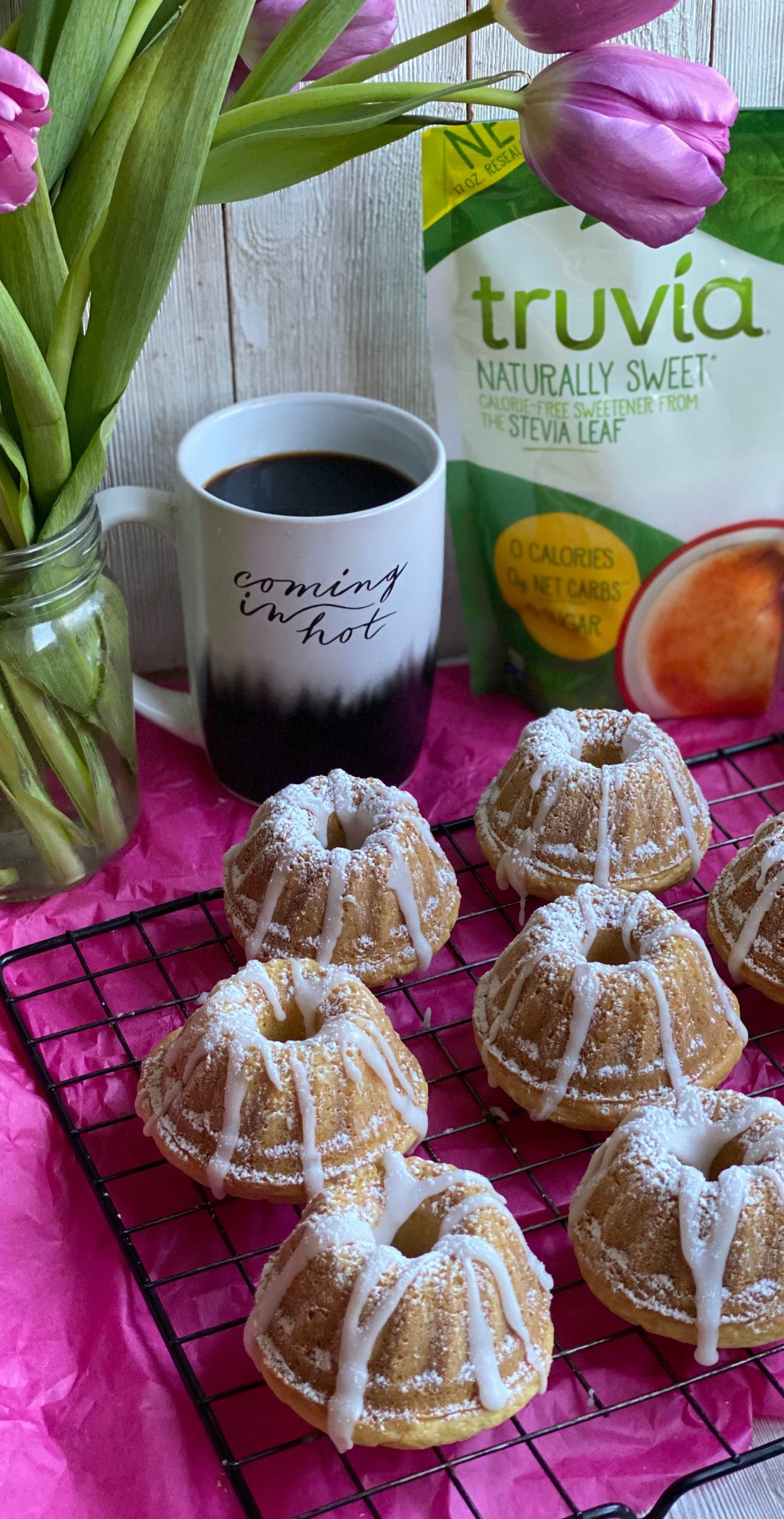 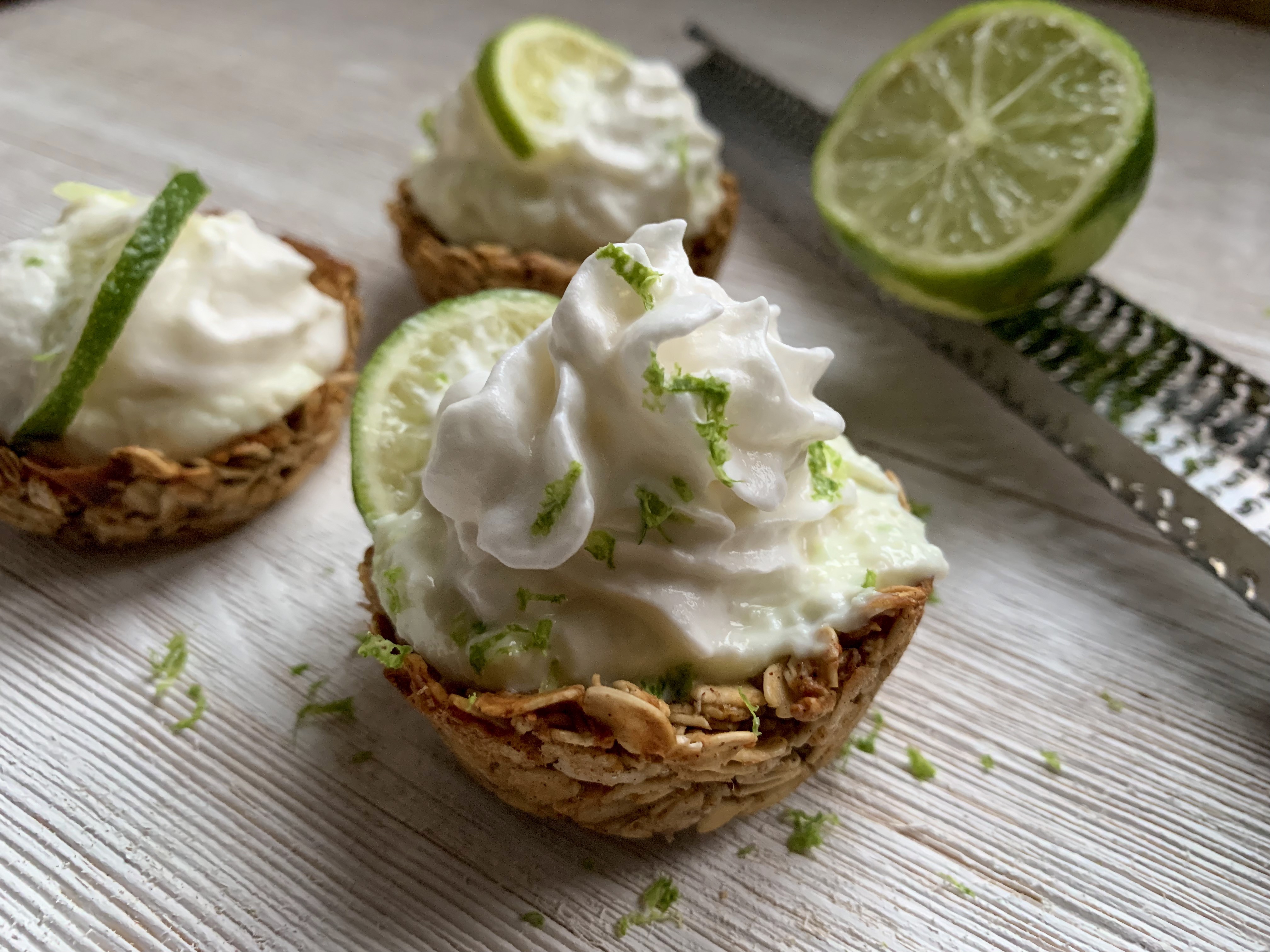 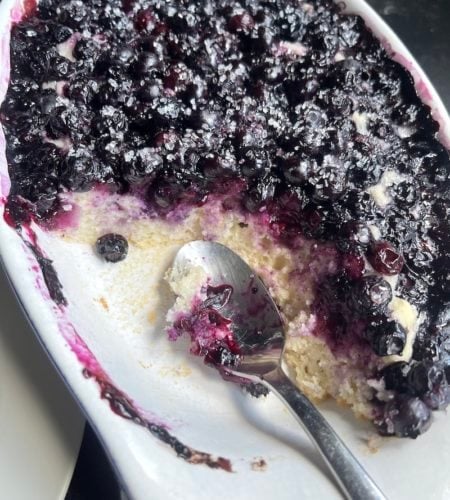